In order to motivate players under the age of 23, the Qatar Stars League has started awarding the best player in this category from this season onwards, along with the best player and best coach awards.

Accordingly, Yousef Abdulrazaq of Al Arabi has been adjudged the QNB Stars League’s best Under-23 player for the months of August & September, 2019.

Yousef, considered as one of the key players in Al Arabi ranks, is a vital part in the team’s Icelandic coach Heimir Hallgrimson’s scheme of things.

He played in Al Arabi’s all four matches and gave two assists even though he could not score a goal. He spent a total of 330.3 minutes on the pitch, according to STATS, the official statistics and figures provider for the QNB Stars League.

During the period, Al Arabi achieved three victories and one draw to have an unbeaten record. They beat Al Ahli 3-1, Umm Salal 5-1 and Al Shahania 2-1. 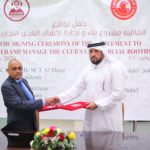 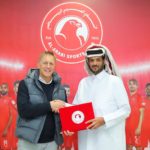 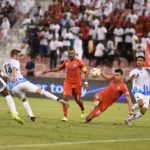